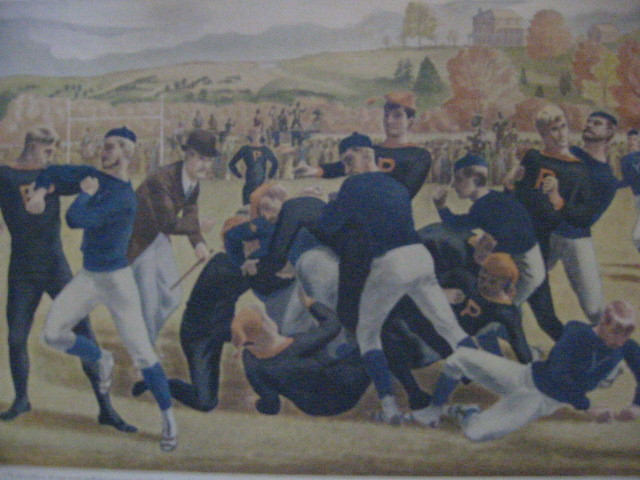 Introduction -The Passion, The Inquiry

The Golden Game, the game that decides the 2016 National Football League (NFL) champion, will be played in Santa Clara, California, on Sunday February 7, before a stadium audience of 68,000 and a U.S. television audience likely surpassing 110 million (private TV sets).

Football is immensely popular in the United States. For many, it is a favorite past time and, is often dubbed America’s sport. Football is also big business, with tentacles reaching into two massive empires: media, through TV networks such as ESPN, and gambling, from Las Vegas back rooms to online Fantasy Football websites such as FanDuel and Draftkings.

Notably, football is a particularly violent game, one in which brute strength is as important as skill. The over-riding mission is to destroy/nullify opposing players who stand in the way of ball possession and goals. Injury is common in the sport, and can be severe.

As a Carolina Panthers fan, but also a physician, the violence in football has always been unnerving. For me, the sport’s allure is in the many graceful, athletic moves, especially the leaping, and reaching. For many others, however, it’s the cold, hard violence that thrills. As a prelude to my larger post on football, to be released later this weekend, I wanted to delve into the roots of the sport, and ask: Was football always so violent?